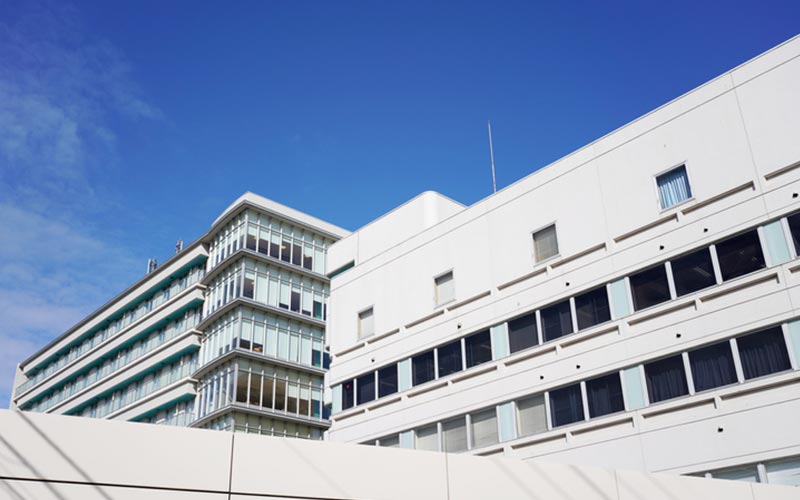 Medical institutions are currently facing issues with WiFi interference and finding a successor to internal PHS systems.
At UF Hospital, assistant director of the medical data division Yoshinori Yamashita (“Yamashita”) is proceeding with construction of a hospital WiFi network ahead of other hospitals against a backdrop of digital medical charts and devices.
UF Hospital constructed an internal wireless system already encompassing more than 2000 smartphones using a single channel, making complex cell design unnecessary. They have transitioned to this system from a conventional internal PHS. They also successfully constructed an environment where smartphone integration managed patient information through a next-generation nurse call system and electronic medical charts over the wireless system.

However, the limitations of WiFi as a technology made it difficult to ensure call quality even using a single channel, and they still had issues with calls being cut off more frequently than the old internal PHS.

UF Hospital constructed their WiFi network using the 5 GHz band for reduced interference with other wireless systems, but it took about 20 APs to cover a single floor as an area.

The 1.9 GHz band is used in constructing areas with sXGP, and navigates objects smoothly, making it more efficient to handle each floor as an area using only two APs (three with a backup).

Call quality is a very important priority at medical institutions during trial adoptions, where patients’ lives are on the line.
After operating the network with a floor as a single area using two physical APs, we received feedback that “the calls broke up less often,” “there were fewer out-of-area locations,” and “the voice quality was clearer” compared to WiFi.

On the reason for the increased voice clarity, Yamashita said, “the packet loss that caused the reduced voice quality on VoIP over WiFi almost never occurs on sXGP.”

The concept Yamashita gave for this trial was that hospitals of the future would use devices as information terminals that could also utilize applications, instead of just phones for voice calls.

UF Hospital was also working on compatibility with three-factor authentication and electronic medical charts, as well as nurse calls using smartphones.
They had confirmed that these would work without any issues over an sXGP network using smartphones.

Furthermore, as the hospital advanced with IoT operation of ECGs and vital monitors, Yamashita sees major potential in sXGP as a network with no impact on medical devices and a stable connection environment.